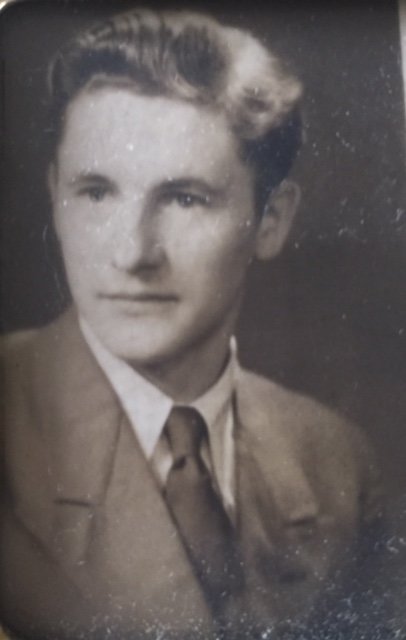 Sabbe: Roger a resident of R.R.#1 Newbury passed away peacefully at Four Counties Health Services, Newbury on Thursday, December 5, 2019 at the  age of 89. Born in Kuurne, Belgium son of the late Camiel and Marie (Goemare) Sabbe. Beloved husband of the late Leonie (Van den Spiegel) 2001. Loving father of Christine Sabbe (Mike Penich). Predeceased by his sister Rachel, and brothers Gerard, Michel, Marcel, and Victor.  Roger had worked at Navistar International  for 25 years, retiring in 1990, he had owned and operated Sabbe Tree Farms with his daughter Christine for over 30 years, and was a member of the Royal Canadian Legion Br. # 252, Bothwell. At Roger's request cremation has taken place. A Celebration of Roger's Life will be held downstairs at the Bothwell Legion, 162 George St., Bothwell on Saturday, December 14, 2019 from 12:00 - 4:00 p.m. Interment in St. Paul's Cemetery at a later date. In lieu of flowers please make donations to Four Counties Health Services Foundation or The Make A Wish Foundation. Online condolences and donations may be left at www.badderfuneralhome.com. Arrangements entrusted to the Badder & Robinson Funeral Home, Bothwell.

Share Your Memory of
Roger
Upload Your Memory View All Memories
Be the first to upload a memory!