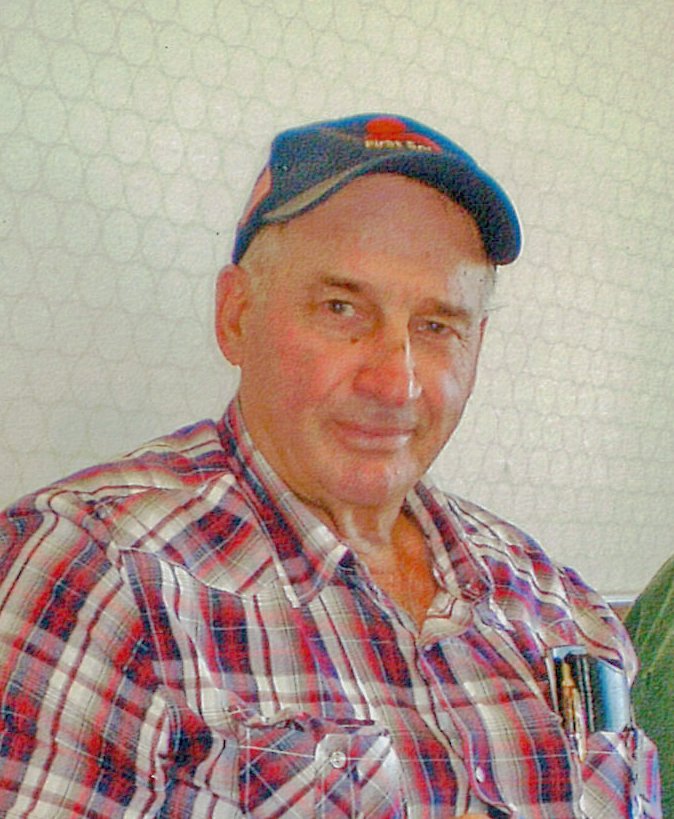 Please share a memory of Larry to include in a keepsake book for family and friends.
View Tribute Book

Larry Unsworth was born July 7, 1939 or as he liked to say, “7/7/39” in Dawn Township on the Chapple place, (where Enbridge currently sits). He passed away unexpectedly, but peacefully, in his sleep on February 9th, 2021, at home in Wallaceburg. Predeceased by his parents, George (1980) and Pearl (Robinson) Unsworth (2004).

Survived by his eldest sister, Helen Langstaff of Brigden, predeceased by an infant sister, Margaret, brother, Glen Unsworth of Sudbury and Manatoulin, and his sister, Doris (Ron) Wilbur of Toronto.  Favourite “Uncle Larry” is survived by George & Brad, John and Kelly Langstaff along with several other nephews and a niece.  Numerous cousins and great nephews/nieces.

Larry started farming in partnership with his father after completing Grade 8. In 1966, when Larry and Gail wed on July 2nd, they resided at the “home” place on what is now known as Dawn Valley Road.  There they raised their children and an outstanding herd of Horned Herefords for many years.

“Larry” was just that.  After spending several weeks “unnamed”, one parent caved to the other and said, “Well, if his name is going to be Larry, he doesn’t need a middle name.”

He was well-known and loved for his knowledge and expertise within many farming communities. His last crop was a bumper one and he was beyond tickled with it.

He and Grandpa tested and sold many bulls with the Ontario Bull Test stations (he wasn't a big believer in EPDs).  Doug and Dawn met and married because of a prize show heifer that Frank Manning was fitting for Dad.

He spent several years on the quarter horse show circuit with the Aliperti and Campbell families, including a trip to Quarterama and numerous trophies (that he NEVER dusted). “If it was worth doing, it was worth doing well.”

Dad could pick out a mouldy bale of hay from a mile away. The last one, he ever handled was for Sarabeth’s rabbit, and he was convinced that it wasn’t quite good enough. “Stick your hand in the middle and smell it.”

Those dusty days spent driving the tractor while getting a tan and hearing, “SLOW DOWN” will never be long enough again...

Dad wasn’t very good at saying, “I love you.” It just wasn’t something that he was comfortable with. But he showed it. He would buy extra when he found a great sale at the grocery store, he would call and ask if something would “work” from the thrift store, and if Jimmy or Pete needed cheap cabbage, he knew where it was.

We spent the last year doing what we have always done... with little few regrets... although we all wish we had gotten that final hug.

Family and friends will be received at the Badder Funeral Home & Reception Centre, Dresden on Thursday, February 11, 2020 from 2:15 pm to 3:45 pm. Due to Covid-19 restrictions, those hoping to attend the visitation must schedule a time online at  https://signup.com/go/AzULnXz or phone 519-683-4444. No one will be permitted at the visitation without a scheduled time. The Bereavement Authority of Ontario has mandated that everyone attending must wear a mask. A private family service will be held with interment in Dresden Cemetery. If desired, donations can be made in Larry's memory to Zion Free Methodist Church or charity of your choice.

Look inside to read what others have shared
Family and friends are coming together online to create a special keepsake. Every memory left on the online obituary will be automatically included in this book.
View Tribute Book
Share A Memory
Send Flowers