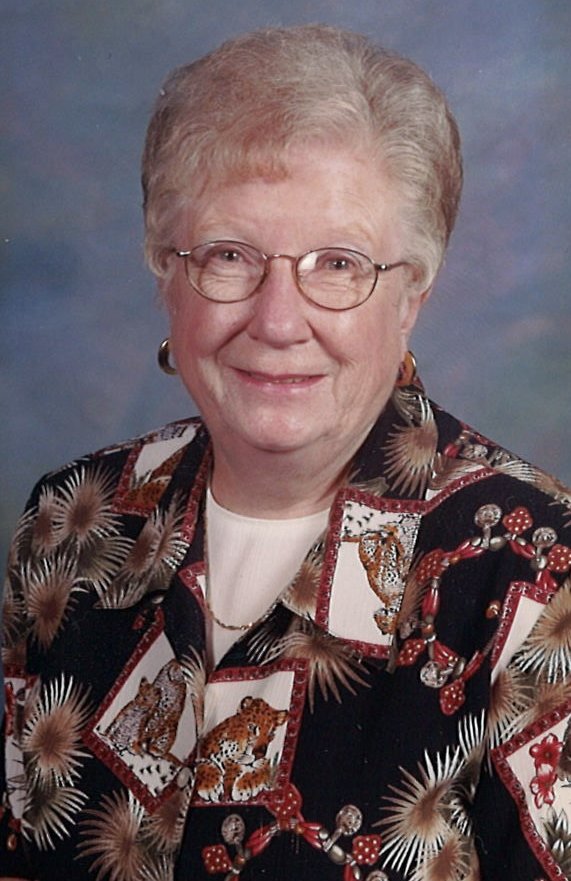 Being the eldest daughter/child of the late Clayton (2003) and Rheta (Hughes,1947), Audrey grew up fast after her mothers passing. It was this early caring, nurturing and guidance for her younger sisters and brothers that "sparked" Audrey's desire to be a school teacher. After graduating from London's Normal School and a short stint teaching in Sarnia, Audrey married the love of her life, Bob in 1957. Taking a few years off to raise three children, Audrey returned to teach as a one room schoolhouse near Oakdale until the opening of the new Dawn Central Public School in 1964. During Audrey's teaching career her and Bob moved from the family farm to their dream home in Rutherford. After their retirement in 1989, they embarked on several travels until Bob's sudden passing in 1993. Audrey continued to be active with the Rutherford United Church until its closure, with Meals on Wheels, and volunteering at Park Street Retirement Residence in Dresden, where she eventually moved in 2014. A "stubborn" force of nature, Audrey will never be forgotten.  Mom was the Number 1 fan of the Toronto Blue Jays and the London Knights !

A special thank you on behalf of the family wishes to be extended to everyone who tended to Audrey during her hospital stay and especially to all the workers, staff, and residents at Park Street Retirement Residence. "God Bless All"

A Private Family Service will take place at the Badder Funeral Home & Reception Centre, 679 North St., Dresden. Interment to follow at Oil Springs Cemetery. Those wishing to leave an expression of sympathy are asked to consider the Heart & Stroke Foundation. Online condolences and donations may be left at www.badderfuneralhome.com.

Share Your Memory of
Audrey
Upload Your Memory View All Memories
Be the first to upload a memory!
Share A Memory
Plant a Tree