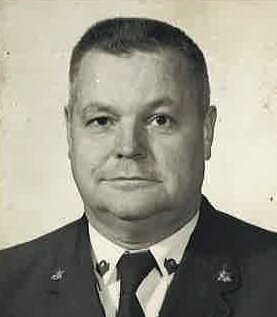 At Glen's request cremation has taken place. Interment in Dresden Cemetery at a later date.

Please share a memory of Glen to include in a keepsake book for family and friends.
View Tribute Book

Farnsworth: Glen, formerly of Dresden, passed away peacefully at Fairfield Park, Wallaceburg ON., on Thursday, October 14, 2021 at the age of 95. Born in Dawn Twp., son of the late Thomas and Maude Farnsworth. Glen served in the Canadian Armed Forces, during World War II from 1939- 1945, but did not see combat action. Following the war he re-enlisted and completed a lengthy career in the Canadian Forces where he did peace keeping duties in Europe and the Middle East  and served several years at various Canadian bases in New Brunswick and Ontario, until his retirement in 1978. Upon retirement he returned to Dresden and became the super intendant of the Royal Manor Apartments for several years. Glen is a member of the Canadian Legion Br.# 113, Dresden where he served in various positions from president, executive committee, sergeant at arms and 2nd vice president. Glen was the last surviving member of his family, he is predeceased by sisters Irene Jaques (Len), Elsie Deline (George), Mary LaPointe (Bill), Edna Farnsworth, Goldia Farnsworth and a brother Lloyd Farnsworth (Isabel, Frances). Also survived by many nieces and nephews. At Glen's request cremation has taken place. Interment of cremains in Dresden Cemetery at a later date. If desired donations to the Dresden Legion Br.#113 (c/o 180 St George St N, Dresden, ON N0P 1M0 (no receipts) would be appreciated. Online condolences may be left at www.badderfuneralhome.com. Arrangements entrusted to the Badder Funeral Home & Reception Centre, Dresden. Special thanks to nurses and staff at Fairfield Park for their loving care of Glen to the very end.

Share Your Memory of
Glen
Upload Your Memory View All Memories
Be the first to upload a memory!
Share A Memory