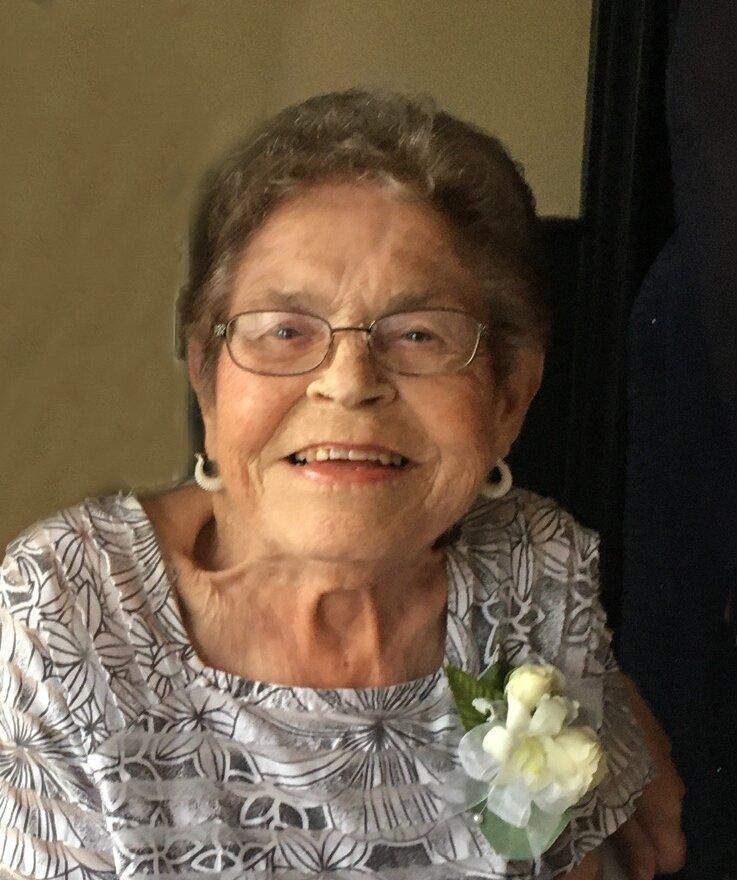 Please share a memory of Shirley to include in a keepsake book for family and friends.
View Tribute Book

Shirley Caroline (Symington) Stinson, a resident of Park Street Place, Dresden, formerly of Miller Lake and Dawn Township, passed away peacefully on Wednesday March 23, 2022 at the age of 86.

Born to Clifford Symington (1992) and Edna Blanche Ferguson (1969) in Enniskillen Township on September 4, 1935, Shirley was the fourth of five children.

Shirley married Edward Ronald Stinson (2013), on September 15, 1956 at the Wyoming United Church, sharing a life with Ed for 56 years.  Together they managed the family farm in Dawn Township and enjoyed retirement at Miller Lake on the Bruce Peninsula.

Shirley has been fortunate to have many friends in the communities in which she lived.  The friendships and support that each person provided was much appreciated and their kindness will always be remembered by the family.

For many years Shirley worked at the Rutherford Red and White grocery store and during harvest season she helped many of the local farmers with their summer crops, all while raising her family and assisting Ed with the family farm.  Shirley was a Royal Canadian Legion member with both the Dresden and Lions Head branches.  She attended Ridgetown College as an adult learner.  That learning continued through her later years where she learned to paint using acrylics and water colours.  Shirley was a member of the Bruce Peninsula Society of Artists and displayed her work for many years at the Lions Head Art Show.  In recent years Shirley was known for her love of jigsaw puzzles and knitting of baby hats for the Chatham-Kent Health Alliance.  She always enjoyed a good game of cards, bingo or crib.  Shirley always loved animals and was fond of her grandchildren’s fur babies, Chloe, Maggie, Reggie and Lucy.

Special thank you to the staff and friends of Shirley at the Park Street Place Residence in Dresden and to the staff at the CKHA 2nd floor surgical unit and the palliative care unit in Chatham.

Cremation has taken place at Shirley’s request.  Interment will be at the Mayhew-Mt. Pleasant Cemetery, Thamesville on Saturday May 7, 2022 at 11:00 am.

If desired, consider a donation to the Canadian Lung Association, the Municipality of Chatham-Kent  "Friends of the Animal Shelter" or a charity of your choice.

Online condolences and donations may be left at www.badderfuneralhome.com

Share Your Memory of
Shirley
Upload Your Memory View All Memories
Be the first to upload a memory!
Share A Memory