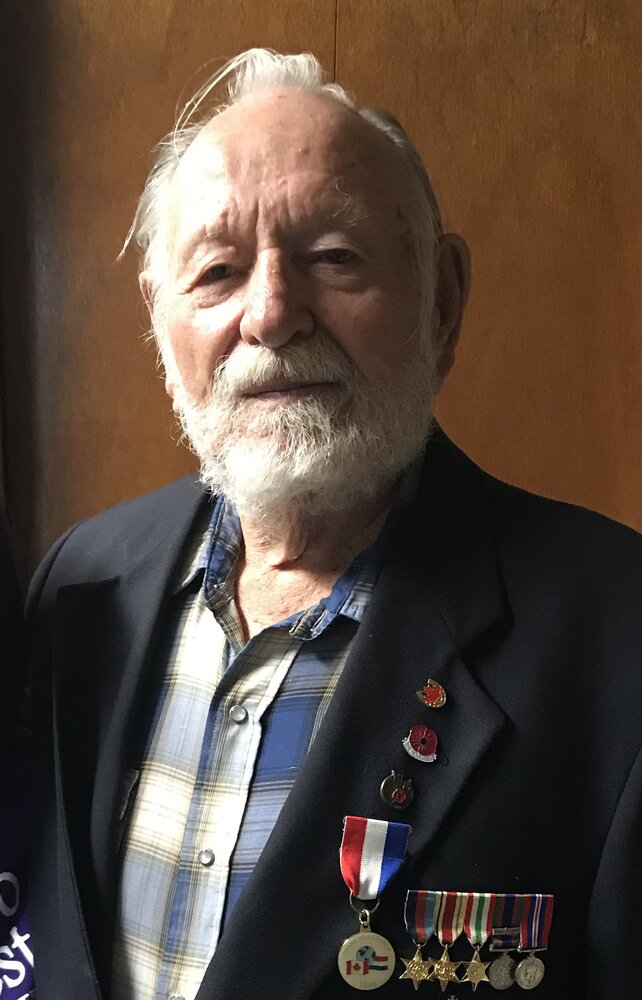 Revell: Harry, resident of Thamesville, passed away at the Chatham-Kent Health Alliance, Chatham on Tuesday, April 26, 2022 at the age of 99. Born in Dunwich Twp., son of the late James C. and Ethel (Seales) Revell. James Henry (Harry) Revell was a Sergeant in the 1st Canadian Infantry (Carleton and York Regiment). Twice wounded in combat, Harry served from 1940 through 1945. Harry was a proud founding member of the Thamesville Legion and after the War spent 70 years as a farmer in the Thamesville community . Harry is survived by a son James Revell (Wynnona) of Thamesville; grandsons John Revell (Sheri) of LaSalle, Neal Revell (Lisa) of Thamesville. Predeceased by sisters Alice Wilson (Alex), Grace Koehler (Harry), Irene Goolvitch, and Shirley Ford (Russ). At Harry's request cremation will take place. His family will remember him privately. If desired, donations to the charity of your choice would be appreciated. Online condolences may be left at www.badderfuneralhome.com. Arrangements entrusted to the John C. Badder Funeral Home, Thamesville

Share Your Memory of
Harry
Upload Your Memory View All Memories
Be the first to upload a memory!
Share A Memory